by Henry
in Negative Effects
0 0
0

Caffeine stimulant is safe for most healthy adults when consumed with a safe limit. Though, the caffeine side effects are unsafe if taken high dosage (>400mg/day) or by mouth for a longer time. In this article, we are going to explain all the negative effects of caffeine.

Caffeine has a natural stimulant to keep your mood active and nervous system alert for a longer time. Currently, caffeine is one of the most used drugs around the world. Moreover, this popular stimulant especially used by the American Society without putting much concern on caffeine addiction.

Caffeine has been present in so many common beverages and foods and most professional and workers use caffeinated products to keep themselves active. Also, you can find the chunks of caffeine in different ingredients of caffeinated products marketed to kids. However, one cannot neglect the fact that this is a drug and can have significant effects on the physical and body health.

With no surprise, caffeine is a stimulant drug. Though you will be more surprised in knowing that this is the same type of drug include in hard drugs like cocaine and meth. These stimulant drugs partially work through stimulating the sympathetic nervous system. This effect causes the same physical response as fight or flight, speeding up the heartbeat, breathing and increase more muscle tension while making the body more alert. Hence, with moderation or if you consumed more caffeine than required, the side effects of caffeine can range from short to long term unpleasant significant effects. 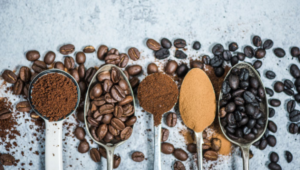 You can certainly have significant caffeine side effects. Hence, the negative effects of caffeine can be included in the Diagnostic and Statistical Manual of Mental Disorders (DSM 5), that contains:

The sense of uneasiness that goes along with anxiety and restlessness.

The difficulty of having enough sleep manifested due to multiple factors.

Urinated more fluid than the coffee you consumed

Caffeine increases the irregularity and speed of your heartbeat that eventually cause serve heart diseases such as cardiac arrhythmia.

The difficulty in keeping your body calm. This is can cause physical fretfulness.

The difficulty of keeping your body relaxed and calm down easily.

Being excited is a good thing but taking caffeine can make you overlay excited in trivial events. This excitement can make you awkward in different social situations.

The caffeine consumption can turn your normal face into the blushing red flushed face that may look embarrassing.

Too much caffeine can directly provoke stomachache, heartburn, diarrhea, vomiting, gas, constipation, and nausea. Stomachache is the common negative effect of caffeine and vomiting is rare.

Rambling Flow of Thought and Speech:

The common side effect of this stimulant drug consumer causes rambling flow. This effect can cause trouble to listeners especially during the conversation in the work that can undermine your popularity.

Getting exhausted, restless and frustrated can eventually make you tired and low with energy. So caffeine can solve your problem. It makes you unexhausted, refill your energy and make your body more active. However, consuming more coffee can wear out your body without getting regular breaks to recover your body.

Related Article: What Is The Half-Life Of Caffeine? 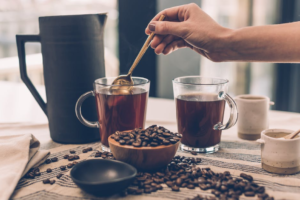 
When caffeine become out of control?

If you are one of those categories that is experiencing any tell-tale sign of caffeine side effects mentioned above, then it’s the time you need to rethink, start to cut back and plan to manage the caffeine daily dosage to as minimum as possible till you feel better and normal. Otherwise, these negative effects of caffeine can lead you to the peak level of high risk.

High raised in the blood pressure can increase the risk of heart attack, heart stroke. This is due to the damage of arteries over time while restricting the blood flow to your brain and heart. However, the effect of caffeine on blood pressure is temporary and also the impact of this natural stimulant is low on the people who are not used to consuming it regularly.

According to the research caffeine intake during exercise can cause high blood pressure in healthy people. Additionally, the mild elevated blood pressure symptoms were also observed among people who take high caffeine. Therefore, if you are dealing with high blood pressure, it’s important to pay close attention to the dosage and the time you are taking caffeine.

Also, if you are facing high blood pressure then you must avoid caffeine, especially after hard physical labor, weightlifting, and exercise. Moreover, limiting your caffeine intake, consulting doctor, calculating your daily intake, noting down the early symptoms of caffeine on the body can work tremendously in managing your blood pressure.


Is coffee bad for you? 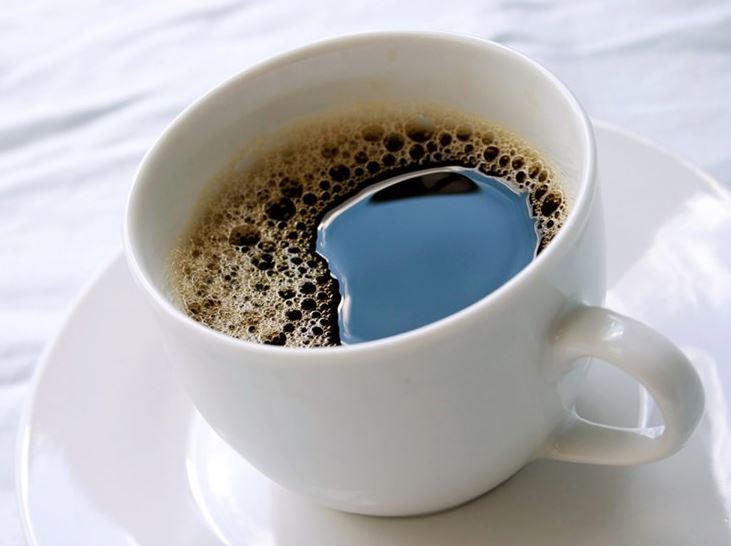 The controversial statement is still booming in the air regarding the health effects of coffee on the human body.

You cannot deny the fact of how badly you crave the caffeine, your morning cup of Joe. Around 64% of the American drink must drink at least 1 cup of coffee in a day. Regardless of the warning and side effects of caffeine consumed through coffee, people continue to devote themselves to this coffee addiction. Fortunately, with the ongoing research, there are different positive effects of caffeine on the human body can be shown. So, despite any negative effects you heard about coffee there are still plenty of positive things about coffee. The high antioxidants in coffee can reduce the risk of numerous diseases.

The coffee is enriched with multiple nutrients naturally present in coffee beans. So, 8oz of a coffee cup contains?

So, you can multiply it by the number of cups you the coffee you consume per day. Hence, you can have a large number of nutrients from your favorite beverage.

However, today we will focus on is coffee bad for you? We will look at the negative aspects of coffee.

Another Post Caffeine Effects: Caffeine and Anxiety: The Struggle is Real

1. How should one Use Caffeine?

One must use caffeine as per the direction provided by the doctor or your health care provider. Always try to take caffeine under the safe limit to avoid any sort of extreme resections.

2. What are the common caffeine side effects?

There are some caffeine positive and negative effects. Lets talk about some common caffeine side effects:

3. How you can properly store Caffeine?

4. When you should not use caffeine?

Do not use caffeine if:

5. How to maximize the beneficial health effects of coffee?

These are the few things you need to keep in mind to maximize the health benefits of your daily coffee intake: