The market is filled with soda products high in caffeine, and you wonder, does Sprite have caffeine? Especially when you are on a mission to limit your caffeine intake.

Globally, Sprite is of the most popular drink that people consume daily. So when it comes to caffeine in Sprite, you might be shocked that this drink never contained any caffeine. Yes, you hear me right, Sprite is caffeine-free soda drink.

The renowned Coca-Cola Company has made the Sprite soda. Initially, it originated from Europe; the Coca-Cola company has brought this brand to the USA as a 7-up competition in 1961.

Like other products produced by The Coca-Cola Company, it was assumed that Sprite is also a part of caffeinated soda drinks. But does Sprite have caffeine? Hence, today we will answer this question and explore some other interesting facts about Sprite Soda and its different product range. Along with dissuasions on other soda types and which one is better.

For so many people drinking soda especially, Sprite might end-up on asking, “does sprite have caffeine?” question to themselves. Interestingly the Sprite is one of the caffeine-free citrus soda.

However, people still feel that drinking Sprite can wake them up. The alertness is due to the consistency of high sugar content in Sprite soda. Additionally, one can feel the energy and refreshing citrusy taste while sipping Sprite soda due to the lemon-lime ingredient used by Coca-Cola.

Sprite is similar to other non-cola soda that is caffeine-free. However, the main ingredients of this citrus-Soda include:

Hence this caffeine-free soda is enriched with a large amount of sugar. This high sugar content will work similarly to caffeine to increase your level of energy. For instance, 12-Ounce or 375-ml Sprite has 30 grams of carbs and 140 calories. All of this has been added from the sugar.

So, once you take a sip of Sprite, you might experience some jolts of energy due to a sudden increase in blood sugar level. Moreover, a high sugar level will make you subsequent crashes such as anxiety and jitters. These are similar effects you feel when you consume too much caffeine.

As such, the Sprite does not have any caffeine content. However, this lemon-lime soda has a high amount of sugar that can provide an energy boost along with some other similar effects exerted due to drinking excessive caffeine.

Limiting The Sprite and Other Sodas

One cannot neglect the effects of consuming excessive-high sugar. High sugar intake can be linked with a high risk of cardiac diseases, weight gain, and diabetes as well as affect other health conditions.

According to the American Heart Association, the consumption of taking sugar is as follows:

So if you keep this recommendation in mind, you might notice that only taking 12 ounces or 375 ml of Sprite Soda, which contains 38 grams of added sugar, can exceed you from suggested recommendations.

Hence to have a healthy diet and to pursue a healthy lifestyle, one must keep a limit on drinking Sprite or any other soda drink, which is sugar-sweetened loaded with excessive sugar.

Moreover, these sugar-sweetened beverages should be a big no to the people who currently have diabetes and facing other regulations of blood sugar issues. Hence, one must initiate with limiting the Sprite and other soda until zero intakes.

Other Types of Beverages: Difference Between Club Soda, Sparkling, Seltzer, and Tonic Water?

All the club soda, sparkling water, seltzer, and tonic water are covered under the umbrella of carbonated water. Hence, you can say these are similar types of carbonated water, which can be differentiated upon the processing methods, and the compounds added. The resulting flavors of these carbonated drinks enable the people to choose them from different varieties.

These carbonated drinks contain nutrients at a deficient level. For a more in-depth understanding of nutrients facts, find below the comparison chart of all four beverages for 12 Ounce or 355 mL drink.

According to the above comparisons chart, only Tonic water contains some calories that can only be derived from sugar. Although other carbonated drinks such as club soda, sparkling water, and seltzer also contain few bits of nutrients, the amount is quite low. Instead of adding any health benefits, these added nutrients are used to enhance the taste and flavor.

Which Carbonated Drink is Healthiest? 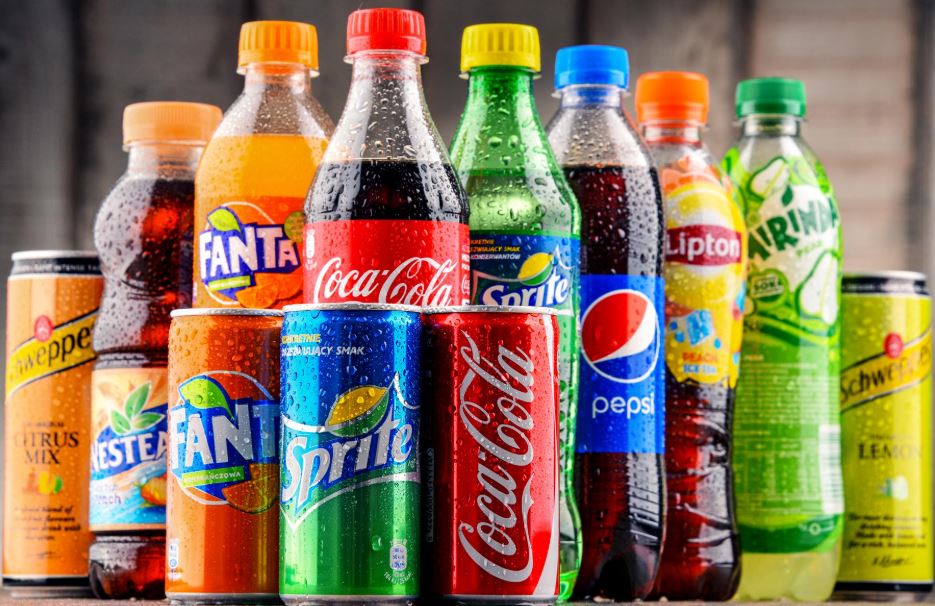 When it comes to pick-up a carbonated drink to quench the thirst and staying hydrated, we can recommend you to go for all three Club soda, seltzer, and sparkling mineral as these three beverages share the same level of nutritional profiles.

So if you are struggling with satisfying your daily water intake through plain water and want to give your taste buds different flavor without compromising on health, you can safely choose club soda, seltzer, or sparkling mineral water as an alternative. Additionally, these carbonated drinks will soothe your upset stomach.

On the contrary, tonic water is filled with a large number of calories and sugar. So, choosing this over other carbonated drinks won’t be a healthy option. Hence, it is better to avoid or put limitations on taking it.

You cannot deny the popularity of taking diet soda around the world. People use diet soda as an alternative to regular soda drinks to avoid extra calories and sugar.

These sodas are filled with artificial sweetness such as saccharin, aspartame, sucralose, or acesulfame-k instead of sugar. Since all the sugar-sweetened beverages among the market have a light, artificially sweetened or diet version. Hence, their ranges include Sprite Zero, Coke Zero, Diet Coke, and Pepsi Max, etc.

In the 1950s, the diet sodas were introduced as the soda drink for diabetic patients. However, with the evaluation of market and popularity among people trying to lose weight and limiting their sugar intake, these diet sodas became a trend.

Regardless of sugar-free and zero-calorie, the health benefits of these diet sodas are still under long discussion, and consumption of artificial sweetener become more controversial. 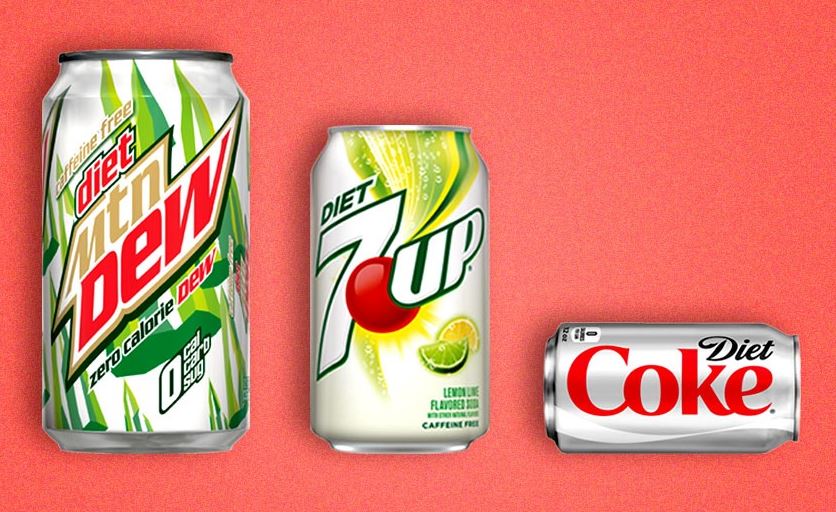 The diet soda is mostly incorporated with the numerous combination of carbonated water, sweetener artificial or natural, flavor, color, and other food preservatives. Usually, there are both few or no calories and no critical nutrition in the diet sodas. We cannot mark the fact that diet sodas use artificial sweeteners, which is sugar-free and low in calories. Some diet soda drinks use the combination of both sugar and sweetener too.

However, the recipe for different diet sodas varied from brand to brand. Yet some common ingredients are included in diet soda consist of: 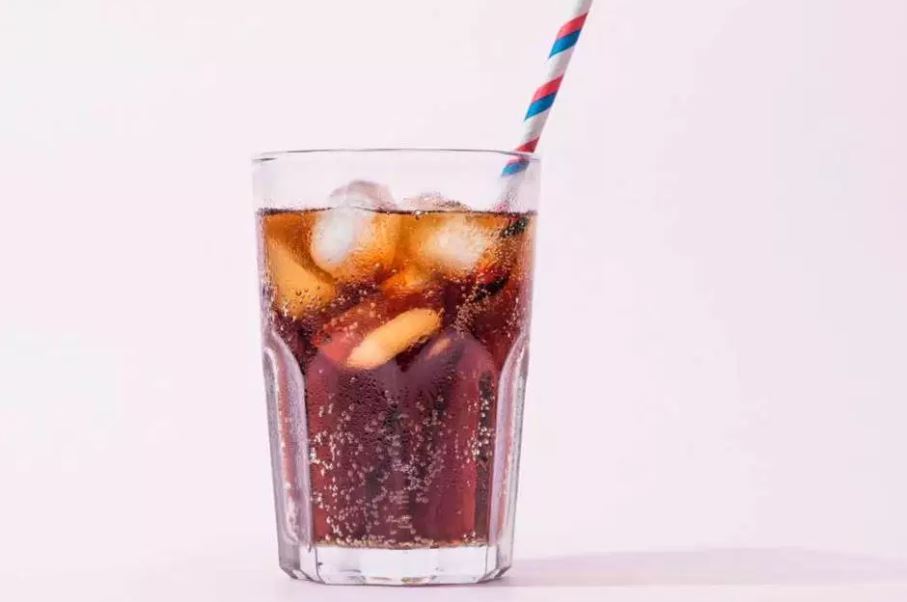 Through numerous research in the past, these are the documented health effects of consuming diet sodas:

The effects of diet soda on health have some exciting results. However, there is still more experimental research is required to determine the final statement on whether these results are due to diet soda, or there are some other factors involving that are causing these issues.

Should You Need To Drink Diet Soda?

There is numerous conflicting evidence on the consumption of diet soda. The room for the research is widely open. Most of the research that has been performed is mostly based upon observational study. These observational researches include observing trends. However, there is still a lack of information required that proves the association between the intake of diet soda and health effects.

Regardless of the research, one must be particular about the diet soda that does not add any extra nutritional value to your diet. So, if you are interested in replacing your regular drink with your food, you can switch to other available healthy options rather than diet soda. Give a try to alternative beverages such as carbonated water, coffee, black tea, herbal tea, milk, sparkling water, or water infused with fruits.

What About Choosing Sprite Zero Over Sprite?

What if one can choose sprite Zero over Sprite soda? Will it be a healthier alternative? How much caffeine in Sprite Zero? Or what is the amount of sugar in Sprite Zero?

Interestingly, Sprite zero is also one of the caffeine-free soda, so there is no caffeine in Sprite Zero. However, this non-caffeinated drink has artificial sweetness from aspartame instead of sugar.

As mentioned, this drink is free from added sugar, and most people choose Sprite Zero as a healthier choice while limiting their sugar intake.

However, the health benefits of consuming artificial sugar are still under research. There is always a lack of evidence on long-term safety health benefits. Moreover, there are inconclusive results of some research yields the risk of artificial sweetness on weight gain, diabetes, appetite, and cancer.

Hence, to lock the result on Sprite Zero as a healthy alternative over regular Sprite still requires more extensive research. Therefore, it is too early to recommend Sprite Zero as a substitute.

Which is The Healthier Substitution For Sprite?

If you want to enjoy your refreshing caffeinated free Soda drink without compromising on health, you can have these healthier substitutes. These substitutes will maintain health as well as limit your overly-loaded sugar beverage.

Also Read: How Much Caffeine in Black Tea?

1. Does Sprite have caffeine in it?

The sprite soda is a caffeine-free citrus soda that has been made by the renowned Coca-Cola Company. Typically, Sprite contains no caffeine.

2. Is all Sprite caffeine-free?

These are the top-rated non-caffeinated beverages popular in the market:

4. Is Sprite a healthy soda?

This caffeine-free soda is enriched with a large amount of sugar. The alertness is due to the consistency of high sugar content in Sprite soda. Hence, taking excessive sugar is not suitable for a healthy diet.

5. How much caffeine in Sprite zero?

Sprite zero is also one of the caffeine-free soda, so there is no caffeine in Sprite Zero. However, this non-caffeinated drink has artificial sweetness from aspartame instead of sugar.

Sprite belongs to the non-caffeinated lemon-lime soda but loaded with excessive sugar. The high sugar gives the quickest boost to the energy. However, it recommended by the health experts to limit the sugary sodas and other soft drinks to maintain a healthy lifestyle.

Although Sprite Zero is a sugar-free beverage, yet this is the alternative option people choose over regular soda, yet this is too not a healthy option. As the impact of artificial sweeteners might affect health, but there is still need some strong evidence to finalize the research statement. Till now, you can have a healthier option as a substitute.

The healthier options you can use as a substitute might include lemon-lime sparkling water, sugar-free, and caffeine-free. If you still need a drink to boost your energy but don’t have any excess sugar, go for unsweetened tea or coffee.