Your coffee mug is your all-day partner from the morning sunshine to an endless afternoon meeting, to get rid of evening time tiredness until you finish your final meal. But have you wondered about the disadvantages of coffee?

People ask for the health effects you might face when you are having a coffee?  Do you think of any cons of consuming this drink all day? What about coffee health risks? What will be the disadvantage of blindly taking a cup of coffee? I am sure no one even bothers what is inside your coffee while grabbing it in the lazy morning or frustrating evening. Everyone is happy as long this drink recharge them with a bang. But today we have bought together everything you should know before you plan to sip the coffee mug next time.

A morning scream for coffee, coffee, and coffee! This is the most common sound you hear from people who cannot stand for a minute without their favorite drink. The aromatic sensation with the silky black texture is enough for your day to give a power boost of energy while waking up your soul and makes you ready for your beautiful day.

Pros And Cons of Drinking Coffee

So if you are in the coffee lover team, you are likely to perk up when you hear about coffee because it is beneficial to health or a healthy drink. But what happens if you hear a few negative reports about this drink? And the damage your coffee has caused to your body? The research on the coffee is still uncovered. Long investigation and study even cannot claim coffee as a fully healthy drink. There is always room for discussions on the benefits and side effects of taking too much coffee. Hence, knowing both pros and cons of coffee is a good start to learn more about it. This way, one can easily track down the health and can make easy choices to it accordingly. 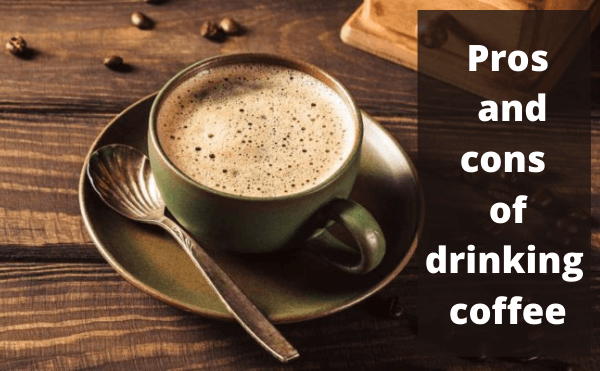 About Coffee – The Good And The Bad

As per the previous study, it has shown that heavy coffee consumption can lead a person with an increase in high risk for heart disease. However, according to the recent analysis by Mayo Clinic, they don’t find any direct connection between consuming moderate coffee and the risk of having heart diseases and even cancer. Generally, coffee has been seen as the major boost for improving memory, boosting concentration, and reducing fatigue.

Typically, coffee has antioxidant substances in them that appeared to be linked with the major benefits of health. This substance can help people protect brain cells while reducing dementia and Parkinson’s disease. Moreover, these antioxidants substances are found in the coffee, making cells more sensitive to insulin. Also, it improves blood sugar regulation. However, from some research, it has been studies that caffeine has an opposite effect on blood sugar. Hence, regular coffee on insulin might get more complicated.

Some other negative effects of consuming coffee are because of the amount of caffeine present in them. Moreover, you will find more evidence about the coffee that directly affects the increase of blood pressure and a rise in the heart rate while decreasing the body’s bone density. Furthermore, the caffeine present in the coffee can lead to anxiety, irritability, upset stomach, and even a lack of sleep. Additionally, the compounds involved in unfiltered coffee will increase LDL (rise in cholesterol). 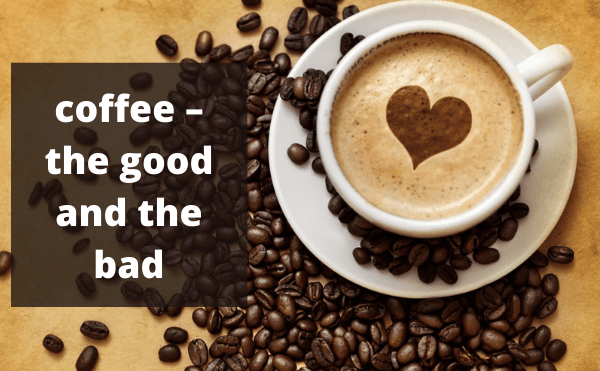 Over the past numerous decades, the coffee has been used as a famous and in-demand beverage worldwide. Although the intake of coffee brings benefits on the other side, it also has side effects. The side effects of caffeine occur mainly due to the excessive consumption that ranges from unpleasant life-threatening effects. Though, the coffee health risks arise due to the amount of caffeinated content present in them. However, one can reduce such effects by either avoiding the coffee or drinking decaf coffee.

Coffee Addiction: The Disadvantages of Coffee

If you are coffee lovers, the most concerning question is “How you take the coffee?” instead of asking, “is coffee good for you or not.” However, if you decorate your coffee cup with some extra sugar and cream, you will hit the coffee’s negating effects.

Here are the few highlighted effects of coffee addictions on the human body: 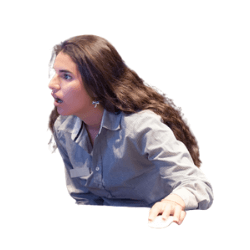 Consuming too much coffee is linked to a lot of caffeine. Hence this increases the cortisol level, which in other words says a rise in stress level. Regardless of the coffee mug that gives alertness and boosts in the body, consuming strong coffee can worsen your mood’s after-effects. This coffee addiction can lead to restlessness and anxiety.

The increase in coffee intake can take your body to a dehydration level. This level’s symptoms can see as skin dullness, fatigue, and even rough patch to your face. 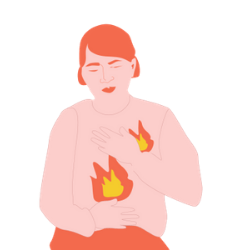 if one is addicted to a caffeinated beverage, the coffee increases the acidity level into the stomach. However, when you take a moderate amount of coffee, this drink works to aid your digestion. So if you consume more caffeine or a large amount of coffee, you will indulge in more heartburn.

If you are consuming two or more than 2 cups of coffee every day and experiencing severe pain in the stomach, there could be stomach ulcers. This is the worst damage one can face during the coffee. So try to withdraw coffee for some days and record the health state and also observe the improvement.

The caffeine’s continued presence due to over consumption of coffee in the body, then one can face a slight increase in the heart rate and stimulate the body’s central nervous system. This effect can directly be linked to dehydration with a constant headache while elevating the adrenaline level. So if you overdose caffeine, you might have a hallucination state during sleep or even make you jitter.

Although coffee is considered the safest drink consumed by healthy adults, this drink will bring more health benefits to the body than damage it when taken at a moderate level.

Disadvantages of Drinking Too Much coffee – The Side Effects of Coffee

Regardless of the different things that prove the health benefits of taking coffee. Damage that can cause due to coffee, the key to consuming coffee in moderation. Hence, restraint always keeps the person safer, longer, and healthy life. Mostly it is considered that there are numerous benefits of drinking your favorite beverage. On the contrary, we cannot neglect the negative effects that can directly affect your body due to the over consumption of this dark, fragrant Joe. 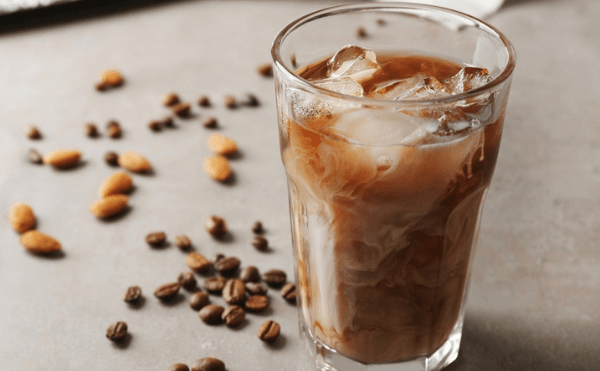 We have notch down the following different disadvantages of coffee that associate with coffee health risks.

The use of caffeine is to stimulate the body. Hence, caffeine is associated with coffee intake, especially at the beginning of the early stages of labor or during the abusive behavior. As per the statistical data, if consuming more than four cups of coffee a day might lead to a high risk of miscarriage.

2.   Interferes with glucose metabolism in diabetics

When you intake coffee, it directly helps in developing a low risk of type 2 Diabetes. Hence, if they develop such a disease, it can be due to caffeine interference with inhibits of healthy glucose metabolism. This state can further lead to affricating the condition. 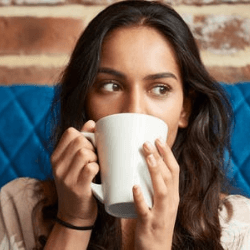 It has been becoming a popular activity to consume a huge amount of coffee among youngsters—the high increase in taking coffee during games or while studying in the dawn hours. Hence, binge drinking the caffeinated beverages has shown a correlation with the heart attack’s high rate at this age, over-stimulating the heart muscles.

4.   Drink too much coffee keeps you up at night

In the morning, a cup of coffee will provide an extra surge of energy when running out for the door. Moreover, it negatively affects the body’s ability to settle within the night. However, it will take around 8 hours for the caffeine to flush out from your body. Hence, even during the afternoon cup of Java will keep you awake till night.

5.   It can cause headaches

If you consume more than two cups of coffee within a short period, then caffeine overload will increase the body’s blood flow. This increase in blood will link with migraine and headache.

On the contrary, if you want to cut back your caffeine intake, the highest withdrawal symptoms are often accompanied by searing headaches. Hence, if you are on withdrawal, it’s preferred to avoid them directly at once.

According to the recent study shown among the women determine the struggle by pre-menopause symptoms. However, it is found that the women that consumed even the low amount of coffee every day have more likely to experience insomnia, hot flashes insomnia.

7.   Provides a false sense of focus when you are exhausted

The scientist has discovered that people who hold sleep-deprived over several days can receive no to zero benefits due to taking an extra coffee cup.

Hence, if you think of a need for a cup to have a home after an all-night party, then you might have the capacity to losing thinking and focus ability. So take a nap is always a better option.

8.   It will add more wrinkles into your skin

It has been found that caffeine will reduce the amount of collagen produced by your body. Hence, collagen is the key element that needs to maintain the elasticity in your skin. By the age and amount of caffeine consumption, you get can give a rush of energy in the morning. However, this will negatively affect the body’s signs of age by developing wrinkles to your skin.

A fairly rare state has been found among the coffee drinkers, linked with allergy development in the caffeine. Hence, caffeine sensitivity symptoms can be described as breaking out in hives and can raise respiration if the person who has sensitivity can trigger them when they take even a single drop of coffee.

10.   Will be an irritant to your stomach

The coffee drinkers can be known to have a high rate of indigestion and produce an acid reflux disease. Hence, while treating the ulcer, the doctor will prescribe the person to eliminate the coffee in your diet. However, if you go for drinking the Cappuccinos and lattes, then it will bring extra milk that might interfere with normal digestion to your body. 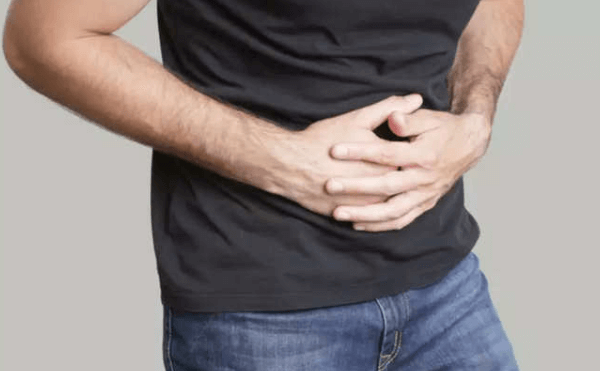 Other disadvantages of taking coffee

The other side-effects of consuming caffeine can be termed as:

1. Who should not drink coffee?

There is no particular food or drink that will either make or break your body’s long-term health. Hence, there are a few categories where the people do not recommend caffeinated coffee:

2. Is it OK to drink coffee daily?

Similar to different nutrients and foods, consuming too much coffee regularly will cause different problems. The major health issue will occur in the digestive tract. However, the study has shown that drinking up to eight cups of coffee in a day is mostly safe.

3. When should you not drink coffee?

According to the recommended research, one should avoid taking caffeine after 2 PM. Moreover, if you are caffeine-addicted, you should avoid caffeine at least 7-8 hours before bed. This way, you will have fewer negative effects of caffeine, especially in your sleep patterns.

4. What is the healthiest coffee?

As per the scientific study, it is suggested that the lighter form of coffee roasted will bring high Chlorogenic acid content. This content holds potentially high health benefits. Hence, the lighter coffee roast will offer a high amount of antioxidant properties that make this drink healthy and better for the coffee drinkers.

5. What is the healthiest milk for coffee?

These are the seven healthiest choices of milk and milk substitutes one can add into your diet while drinking coffee:

Caffeine Pills or Coffee – Which one you vote?