Although rare, caffeine overdose is a threat that has claimed some lives. Life-threatening caffeine poisoning from coffee, tea and beverages are rare. But concentrated caffeine powders that are being used in protein shakes or sports and athletic activities are reported to take lives.

In April 2018, a 34-year-old man died in water ford because of “caffeine poisoning”. According to the findings of Waterford coroner’s court, Krystzof Golczyk, attended the gym while he had consumed caffeine tablets.

He died in his apartment later that night. His blood contained a toxic level of caffeine and a high level of amphetamine.

In this article, we are going to evaluate how caffeine over dosage can affect your life? What is the recommended dosage? What precautions should be implemented to avoid caffeine poisoning?

But what first, let’s see what all the fuss about caffeine is?

Caffeine is a favorite and most widely consumed psychoactive drug in the world. Did you know, in northern America, around 80% of adults consume caffeine on a daily basis?

Caffeine is technically a drug substance that works as a stimulant to make the person feel more awake and active. Caffeine affects the central nervous system, and the brain and body co-ordination become faster. Hence, a person feels more awakened after caffeine consumption.

It also affects the heart rate and breathing speed of the person, but all the effects subside quickly within a specified period and don’t cause any damage.

Caffeine overdose symptoms are discreet, and mostly they don’t manifest quickly. Some of the less severe symptoms are nothing to fret about, and they go away on their own.

The typical side effects include:

Some of the more serious side-effects include:

If you experience any of these symptoms after caffeine intake, you should seek immediate medical help.

Risks and Threats of Caffeine Overdose 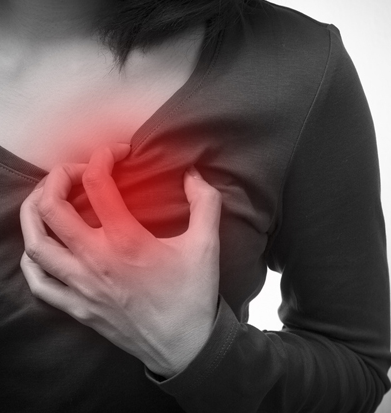 Taking caffeine in moderate amount doesn’t pose many threats to your health. People who are addicted to caffeine consumption can usually drink above the recommended amount without any noticeable side effects.

On the other hand, people who don’t have the stamina for too much caffeine can be exposed to the risks of caffeine overdose if they ingest above the recommended amount.

Taking alcohol and caffeine together will lead to several harmful side effects. The fact that caffeine has the tendency to make a person more alert can lead to excessive drinking because the caffeine will mask the alcohol effect.

Apart from that, caffeine can affect unborn babies as well as newborn babies who are being breastfed. That is the reason pregnant women are advised to limit their caffeine intake to less than 200 mg per day, according to the American College of Obstetricians and Gynecologists. The high amount of caffeine can affect breast milk and babies can get irritable and fussy. A breastfeeding mother should limit their caffeine intake to 300 mg per day, advises the Center for Disease Control and Prevention (CDC) Trusted Source.

Most experts warn against the excessive use of energy drinks containing caffeine because of the harmful amount of sugar and too much caffeine.

Caffeine’s side effects are different for different people, and it depends on several factors such as age, weight, health, and height. Apart from that, a person who has developed a substantial threshold for caffeine will get affected less compared to the person who doesn’t take caffeine regularly.

Moreover, people with other physical ailments might be more susceptible to caffeine poisoning. It is wise to limit your caffeine intake if you have any underlying heart problems.

How Much Is Caffeine Too Much? (Consumption Guideline)

Keep in mind, this recommended dosage is for adults and not for children and adolescents as the drug can have adverse side effects for them, according to the American Academy of Pediatrics.

But as we discussed earlier, caffeine intake through tea, coffee, and carbonated drinks doesn’t cause severe harm to your health. Mostly, the products that are used to boost the performance and stamina in sports and fitness contains a large quantity of caffeine. Some products contain the caffeine level well above the recommended 500 mg.

Now, people who use these fitness products must be careful to cut down on their caffeine intake from other sources. Caffeine poisoning or “caffeinism” is a term used to describe the toxic levels of caffeine in the blood due to the overdosage of the said drug.

The purified caffeine powder is more dangerous and responsible for caffeine poisoning than any other source of caffeine. A teaspoon of pure and concentrated powdered caffeine is equivalent to 28 cups of coffee according to the FDA (Food and Drug Administration). Consuming such a high amount poses a serious threat to a person’s health and one can face caffeine sickness.

The cause of death from caffeine overdose is because of ventricular fibrillation. In this condition, the heart doesn’t function normally, which leads to cardiac arrest.

How to Treat Caffeine Overdose?

Caffeine is a drug substance, and the side effects take 3 to 5 hours to subside. If you are experiencing some mild effects of caffeine, and there is no cause of concern, the following tips will help get rid of some of the uneasiness caused by caffeine overdose.

Intravenous fluids, activated charcoal, and other supplements can be used to help the person with caffeine overdose.

A person who has a caffeine overdose may need medical treatment, including intravenous fluids, supplements, or activated charcoal.

If you suspect caffeine poisoning or any sign of severe caffeine intoxication, immediately call the poison control center. Do not try remedies of caffeine overdose at home or make the person throw up.

It is always wise to keep an eye on your caffeine intake. If you are using caffeine supplements or energy drinks, do take note of the amount of caffeine you are consuming daily.

Caffeine in Coffee – How much is Too Much? A Complete Guide

Myth or Reality – Does Green Tea Have Caffeine in it?

Myth or Reality - Does Green Tea Have Caffeine in it?