How Much Caffeine in Black Tea – A Black Tea Guide

Things You Must Consider Before You Consume Black Tea

Black tea is a popular type of tea and that’s why people constantly talk about the amount of caffeine in black tea. Though, consistency of black tea caffeine fluctuates, based on the time you steep it in water. Roughly, black tea contains 22-28mg/gram dried matter.

Generally, most of the tea manufacturers don’t list down the amount of caffeine on their labels. However, the Lipton regular has an exceptional case. They list their caffeine amount at 55 mg per serving.

Before getting into the main article on black tea caffeine, let’s go through on basics of black tea. We will talk about what is black tea, the benefits of black tea and will explore how much caffeine in black tea produced by numerous brands.

One of the most popular types of tea among West is black tea. The primary reason for black tea popularity is due to its firm texture, bold flavor and long-lasting shelf life. The categories of black tea are quite diversifying that may include several popular varieties; likewise, Earl Grey and English breakfast. Interesting fact, almost half of the world’s black tea has produced in India. However, Africa and Sri Lanka are also making up the most significant percentage of producing black tea. You can enjoy a cup of both cold and hot black tea.

What Is Black Tea?

Black tea is considered as pure tea as it has extracted from a plant, Camellia Sinensis. Typically, to make leaves of black tea darker brown and enrich with flavors, one must first fully oxidized the leaves before they dried and processed. This oxidation will create a signature flavor profile. Regardless of the black tea caffeine content, black tea tends to have a brisk and bold texture that often explained as astringent. 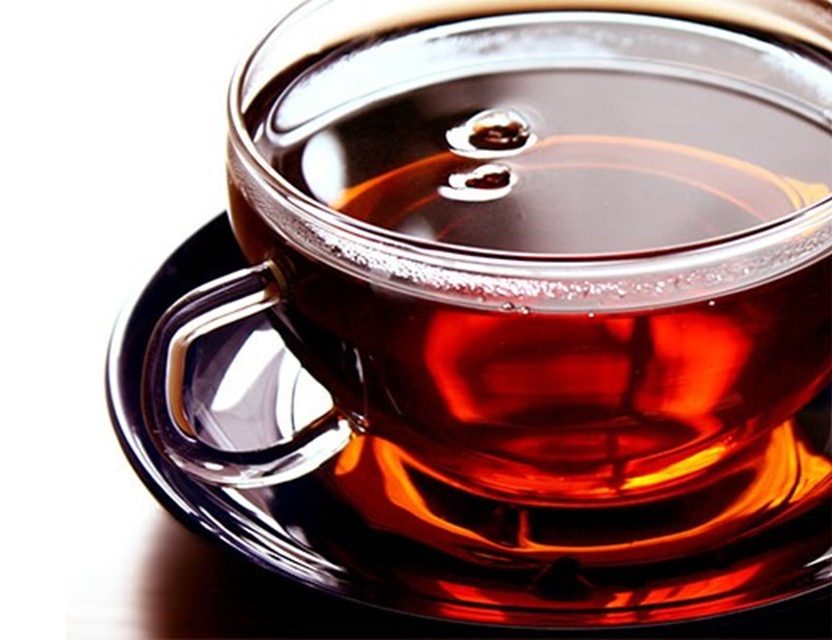 Black tea had discovered in Chiba during the mid-century of 17th. Interestingly, black tea was the first tea that had introduced in the Middle East and Europe.  Due to the commercial success among West. This black tea success led to the production of black tea in China at the largest-scale. The spreading of black tea around the countries came to existence after the Scottish and English entrepreneurs’ interest in black tea. They fueled it, and adventurous stole tea seeds and plants from China.

Interestingly, the black tea in China, also named as Hong Cha (or Red tea). This name was due to the reddish color of its infusion (or liquor). However, in the East, the consumption of black tea is less frequent than green tea.

Although there is some content of caffeine in black tea, still this tea is very beneficial. You can consider this black tea as antioxidant and polyphenols that can associate with a variety of healthy benefits. It is also a good practice to consume black tea on a regular basis as black tea caffeine can fulfill your daily caffeinated intake. Few health benefits of black tea content can express as follows:

Since black tea contains catechins at a high level, enrich with powerful antioxidants that will help you in preventing diseases such as heart and cancer. Furthermore, black tea contains complex flavonoids (typically there is an average of 200 mg flavonoid in a single black teacup), which has polyphenols that may aid to prevent disease. Most of the doctors suggest consuming 600 mg of flavonoids per day to have a high range of health benefits.

As we know, black tea has a large amount of tannin than any other type of tea. Hence, it has so many benefits, especially for the digestive health system. Interestingly, the tannins soothe intestinal illnesses and gastric issues. Generally, it aids in the digestion process and also decreases the intestinal activity, likewise diarrhea.

Read more: The Pros And Cons Of Caffeine Consumption

One can use black tea for making both iced and hot tea. Most commonly, the vast majority in the United States, consume black tea as iced tea.

Most of the people consume black tea with the addition of milk and/or sugar. However, few people are self-drinkers. They prefer to enjoy the lasting enrich flavor as it is without the addition of anything.

They are consuming tea along with the addition of sugar and other spice ingredients such as ginger, Saffron, Fennel seeds, cardamom, cinnamon, Jaggery, etc. to enhance more health benefits.

Most people enjoy their best cup of black tea during breakfast and in the afternoon. The exotic, bold texture and rich flavors make this tea ideal to pair with different Western cuisines. However, people also enjoy their favorite black tea by pairing it with their traditional Eastern, Asian and African foods. 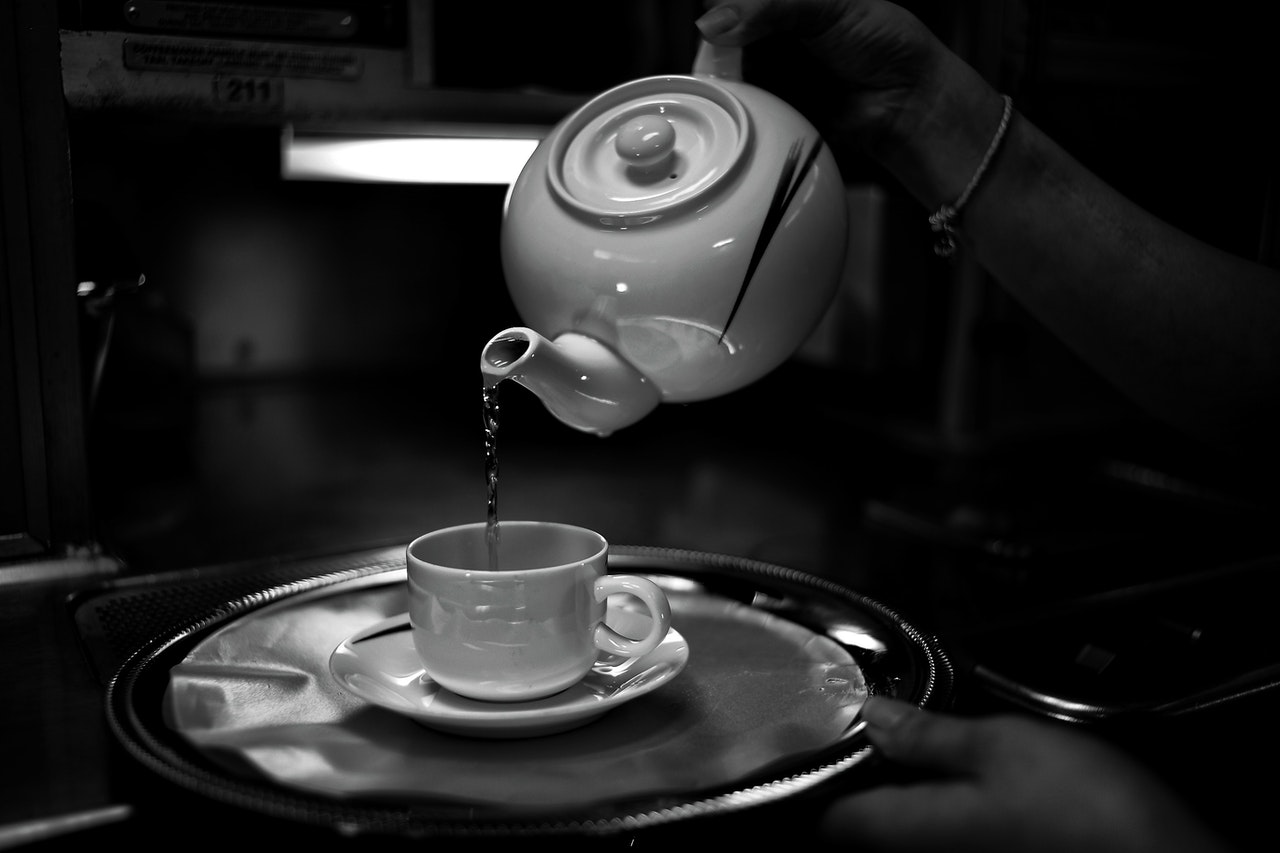 How To Drink Black Tea

However, you can enjoy the flavors of your black tea later on by using cold water and cold steep. So with cold brew or cold infuse, black tea can store into your fridge up to 4 to 8 hours. Later, when you want to drink tea, all you have to do is to put out the black tea, strain it out and enjoy it.

To make iced black tea, all you need to double the number of tea leaves and steep it as per general directions and then pour a hot cup of ice tea onto the ice cubes.

You can find the variety of black tea available in your local market that can range from pure black to flavored black tea. Generally, the readily available black tea can be bought or sold as loose leaves or tea bags. You can have access to purchase regular boxes of your tea bags from supermarkets, however, to obtain the tea leaves in bulk or pouches you might have to visit tea shops, health food stores or can buy online.

While storing the tea, it’s essential to keep them in the dark, cool places such as a drawer, cabinet, or the pantry. Try not to store your tea leaves or tea bags in jars (transparent plastic or glass) as the light exposure may damage the tea or alter the flavors of tea over time. The best way to store your black tea is to keep them in the manufacturer’s tin container or box. 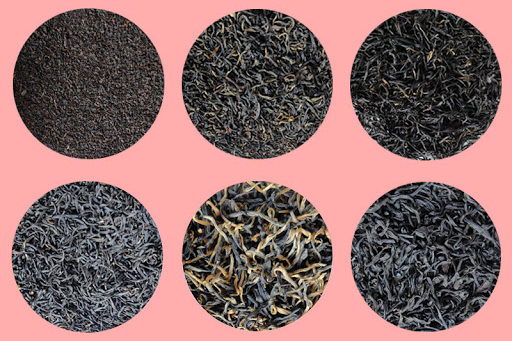 There are a variety of black tea types available in the market. Most of the commercial brands are composed of black teas blends that originated from different origins. The famous black tea blends might include Irish breakfast and English breakfast. Hence, based upon their unique territory, different types of sources around the globe produces different flavor profiles of black tea. So, each blend of unique flavor represents the single-origin identity. Also, these flavors broadly describe where they originate from such as:

Largest growing tea region in the world. This black tea has a brisk, bold and malty flavor that can blend with sugar and milk to enhance the typical taste.

The floral and fragrant black tea has a subtle sweetness. With the enrichment of mellow taste and medium body, this black tea is ideal for making an iced tea.

this delicate black tea has originated from the mountainous region of Darjeeling. One can have light, and green flavor floral taste of this black tea is harvested during springtimes, whereas for the sweet and fruity flavor, you may reap the tea slightly later the year. Hence, you can enjoy the variety of flavored texture throughout the year.

Although, this tea varies by origin, however, it is composed of rich, bold and robust flavor. Occasionally, you might encounter with some notes of spice and chocolates.

this black tea has grown in the higher elevations of the Yunnan Province and has an exotic texture. Also, this tea has evoked the flavors of malt and chocolate and sometimes give a pinch notes of spice.

This African tea has bold, dark and astringent flavors. Also. This Kenyan Black tea was introduced into the family of black tea during the early 1900s. Hence, one can consider this Kenyan black tea as a newcomer.

How Much Caffeine In Black Tea

Hence the average listed amount of caffeine has been derived from the tests taken from the various laboratory. Initially, we have listed an amount of brewed, i.e. 47 mg/ 8 fl oz made from the United States Department of Agriculture (USDA). However, the testing results could be varied as lower by recent lab tests.

For your information, recently we have listed down the caffeinated results of black tea in the following table. Apparently in the table, we demonstrate the amount of caffeine in black tea based upon the brands, number of tea bags, and black tea steeped in 6 oz water cups.

1. How much caffeine is in black tea vs coffee?

Typically, the amount of caffeine in black tea contains around 15 to 70 mg on average; however, in coffee, it has 95 to 200 mg of caffeine.

2. Does black tea have caffeine?

Yes, the content of caffeine is present in black tea. As caffeine has occurred naturally among all the tea plant, hence, all the brewed teas have some amount of caffeine.

3. Will black tea keep me awake?

Yes, black tea contains caffeine that keeps you awake. Since all the beverages that contain caffeine can keep you awake. However, the black tea has half of the caffeinated amount then of coffee beans.

4. When to Drink Black Tea?

One of the best time to drink your black tea is during the daytime, more specifically when you have your breakfast or lunch.

5. Is it OK to drink black tea on an empty stomach?

Drinking tea with an empty stomach has no big issue, and it is OK to drink tea on an empty stomach. However, one might experience acidity based on the quality and type of tea. Hence, for the safer side, it’s better to consume your favorite drink after consuming a meal or snack as this can help you with digestion and may activate the metabolism to break the food.