Almost all the drugs have its “Half-Life”. The half-life is simply termed as the amount of time a drug takes to metabolize its half. As per research, caffeine half life is 5 hours. So if someone consumes a 40 mg of caffeine then after 5 hours there will be around 20 mg of caffeine remain in the system.

The caffeine drugs are termed as “stimulants” that act as an “adenosine receptor antagonist”. Adenosine consists of substances that promote sleepiness in the body. However, taking caffeine will block adenosine and keep your body awake from falling asleep.

Caffeine has been considered as natural substances extracted from plants. These natural resources of caffeine can be induced in coffee beans, cocoa beans, and tea leaves. This natural stimuli source produced synthetically. Caffeine stimuli are used to keep the nervous system active while increase body alertness.

When Does Caffeine’s Effect Go Peak?

It is also noted that most people felt the strongest effects of caffeine during this peak time. Their body responds more actively. However, during this time phase many people had reported the jittery feelings, need to urinate along with burst energy level. Slowly these symptoms tend to settle down by start breaking down and metabolize in the liver.

As the human body becomes resistant to caffeine drug, the effect of the caffeine within the body is barely noticed by the people consuming it regularly. Though, people who are sensitive to caffeine may affect their tolerance level for hours or till the next day. These effects vary from person to person.

Due to the long-lasting effects of caffeine in the human body, the American Academy of Science and Medicine (AASM) recommends few precautions to consume the caffeine within a specific time. According to them don’t consume the caffeine at least 5-6 hours before going to fall asleep. Hence, if you sleep at 10:00 P.M then you must take your last caffeine dose not later than 4:00 P.M. 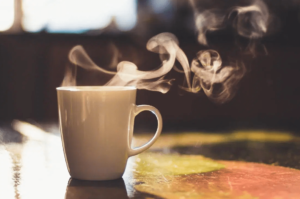 Do you want to prepare for building up caffeine tolerance? You can build up the tolerance level by increasing the caffeine dosage until it produced the desired effects. However, if you are unsure regarding the amount of caffeine you can handle during caffeine tolerance then it’s a good approach to start with a small and increase the caffeine consumption consistency as required.

These are the caffeinated products, sub-categorized as Food and Beverages that include high and low amounts of the caffeine stimulant naturally in them.

These are the list of caffeinated drinks that we consume on daily to fulfill our daily caffeine intake:

Caffeine can also be found in numerous foods such as:

We cannot skip the fact that caffeine the most commonly used ingredient during weight loss pills and to counter headache and migraine. It also used in medicine including Excedrin.

Related Article: How Does Caffeine Affect The Heart?

The Amount Of Caffeine In Coffee And Tea? 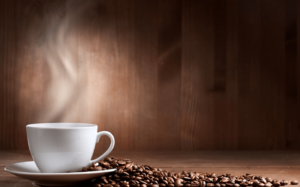 The amount of caffeine varies, based upon different factors such as the methodology of brewing the coffee beans, the type of tea leaves and beans used and how these leaves and beans processed. You can read more in “Caffeine in Coffee – How much is Too Much? A Complete Guide” about the factors that contain caffeine. Moreover, how these factors directly or indirectly fulfilling the caffeinated need for a human daily.

The safe limit of Caffeine in the human body:

Nowadays, the “how much consumption of caffeine should be allowed?” has become the most important question for everyone especially for the people who consume it daily. As the market is filled with so many caffeinated products and many popular beverages and foods contain caffeine stimulants in them. This makes everyone curious to learn more about caffeine and the safe limit of consuming it every day.

It is recommended by many people to consume an average of 200 mg of caffeine per day. However, The Mayo Clinic suggests not to consume the caffeine above 400 to 500 mg per day. Hence, consuming caffeine more than required can cause adverse reactions to overdose. Furthermore, overdose caffeine dosage can affect your mental health, body weight, and individual sensitivity. It’s better to estimate the caffeine limit through an online calculator based upon your body weight or consult a doctor to determine its safe limit.

The half-life drug concept has been used by pharmacists and doctors to evaluate the appropriate drug dosage for the patients.

The caffeine is not different from other natural stimulant drugs. Similar to other drugs this caffeinated drug takes some time to metabolize within the body by the liver. One of the studies explains the caffeine half life in a healthy adult is 5.7 hours. Furthermore, if you consume 200 mg of caffeine in the middle day then you will still have 100 mg of caffeine in your system at 5:45 pm.

The Factors that can delay Caffeine Half Life:

In the end, we can conclude that the half-life of caffeine can be around 6 hours, however, regardless of the other influencing factors. Hence, we can assume your personal caffeine half life can range between 4-8 hours based upon the wellness of the body and how the body process this caffeine drug.

So the takeaway this time, caffeine similar to other drugs that must be used with moderation and knowledge. It’s better for the individual to carefully take precautions while using this natural stimulant.

Related Post About Caffeine: Caffeine Pills or Coffee – Which one you vote?

1. How long does it take for caffeine to wear off?

Normally from 99% of the caffeinated drinks, it takes around 45 minutes to absorb the caffeine. The caffeine passes through epithelial tissues along with bloodstream, lining through mouth, throat, esophagus, and stomach. Hence, the half-life for caffeine in the human body is roughly between 4 – 6 hours. So it takes 4 to 6 hours for caffeine to wear off with in the system.

2. How can you flush out the caffeine from your system?

The most effective and common way of flushing out the jittery effects of caffeine from the system is through the water. However, dehydration can increase the jitter effects. So drinking water can eventually reduce the effects of caffeine. Hence, try to drink a glass of water after the consumption your every coffee cup. Trust us this will eventually reduce the negative aspects caused by caffeine.

Yes, caffeine can improve exercise. This stimulant is always a go-to supplement for the athletes. Also, this powerful stimulant can eventually help you in improving the performance of your mental and physical capacity. So the single dose of the caffeine can enhance performance, focus and burn fat during exercise,

4. Can coffee cause insomnia?

In short, caffeine can badly affect your sleep. Hence, if you are one of those whose minds got stuck into the never finished marathon race during night time then consuming caffeine will contribute to this problem. Caffeine induced sleep disorder is eventually renowned as a psychiatric disorder.

5. How late is too late for the consumption of caffeine?

Even if you are not aware of the side effects, according to different studies it is found that consuming caffeine late afternoon can cause problems during your sleep time. Hence, to save yourself from troublesome it’s better to restrict your consumption of caffeine specifically to morning time. Still, if you have caffeine cravings take them during midday i.e. before 2:00 pm.

Read More: Myth or Reality – Does Green Tea Have Caffeine in it?

Tags: Half Life of Caffeinewhat is the half life of caffeine
Previous Post