9 Caffeine Facts You Must Know If You Are A Caffeine Buff!

It’s not just you and me: it’s the story of everyone. We, humans, rely on our Caffeine filled mugs to wade through the hurdles life throws at us every day!

Be it a student or mother of three, we all stand together under the umbrella of Coffee. I mean, who can start their day without a much-needed caffeine boost, be it coffee, tea or energy drinks.

Did you know Caffeine is not only a popular stimulant, but it is also an ancient herb that was found by the 9th century goat herders who noticed its effects on their goats? And after that, a local monk made a potion with it and observed that it kept him awake at night. And hence, the first cup of coffee was brewed.

Now I get it, no one likes to pull all-nighters (not me at least), but when you are swamped with assignments and projects, you have to rely on Caffeine in the form of coffee or energy drink to help you struggle through the tough work hours.

Caffeine is an integral part of our life, and so it is in your own benefit to have some insight about “caffeine facts”. In this article, I will try my best to give you important caffeine knowledge and some interesting caffeine facts.

So let’s dive in and check out some interesting Caffeine facts.

1. Caffeine Withdrawal is Not a Myth

It is a widely known Caffeine fact that withdrawal from Caffeine is often painful and stressful. If someone who is dependent on Caffeine doesn’t get his daily dose, he will start experiencing caffeine withdrawal symptoms like headaches, fatigue, irritability, muscle stress, and sometimes even nausea. They can also have trouble concentrating.

Now, many people think that there is no such thing as caffeine withdrawal, and the symptoms are all blown out of proportions.

However, here is an interesting Caffeine fact for you! Caffeine withdrawal is now recognized as a disorder according to 170 years-long study of john Hopkins medicine. During the investigation, it was found that 50 percent people had headache and 13 percent people experienced distress or some sort of ailment that severely affected their working compatibility.

Most people keep taking Caffeine to avoid experiencing such symptoms. And that is the reason why Caffeine is one of the widely used stimulants across the world.

2. Caffeine is Not Addictive Per Say

The common misconception about Caffeine is that it is highly addictive. It is due to the fact that people who cannot function without a strong dose of Caffeine in the morning and throughout the day, are known to be addictive to Caffeine.

But that being said, we should not use the term “addicted” here. Usually, the term addicted in regards to Caffeine is implied loosely. It is suitable to say that people become dependent on Caffeine rather than being addicted.

Caffeine is a most widely used stimulant in the world that evoke the feelings of happiness, motivation, and alertness by sending dopamine signal to the brain. People who use Caffeine regularly become dependent on it, and if they don’t get their daily share of Caffeine, they feel sluggish, unproductive, and rather drowsy.

But the dopamine levels by caffeine are not stimulated to such intense levels as other drugs substances. And that is the reason scientifically, “caffeine dependency” is the right term to use rather than caffeine addiction. Addiction is a term used for abuse of any substance, but Caffeine has rarely been misused.

Yes, a mild physical dependence can be experienced due to the regular usage of Caffeine, and the withdrawal symptoms can also be witnessed. However, these symptoms are not severe or acute, like other psychotic drugs i.e. cocaine, heroin, etc.

Human’s love affair with Caffeine knows no bounds. And yes, I mean it literally! These days you will find Caffeine in most bizarre places. Thanks to its multi-fold benefits, Caffeine is being used in many different products, from edibles to skincare to shampoos.

You will find Caffeine infuse water, jelly beans, bubble gums, and gummy bears in the market. Don’t get shocked if you find yourself staring at a caffeinated bath soap in the supermarket, because supposedly caffeinated soaps are supposed to wake you up in the morning by getting absorbed in the skin directly. We cannot comment on its legitimacy, though.

After soaps, caffeine-infused shampoos are also available, and manufacturers claim that they thicken your hair and prevent hair loss.

Caffeine is used as a body scrub and face scrub by many beauty gurus, and they swear by its results. The beauty industry is not very far behind in the caffeine race. You will find Caffeine in body scrubs, eye creams, and even shaving creams.

However, if the product really works or is it all a marketing gimmick is a real question here.

There is also some evidence that caffeine help with weight loss, so you will even find it in weight loss supplement by different names. As more and more caffeine benefits are revealed, the uses of Caffeine are getting diversified.

4. Skin Cancer And Caffeine- All You Need To Know! 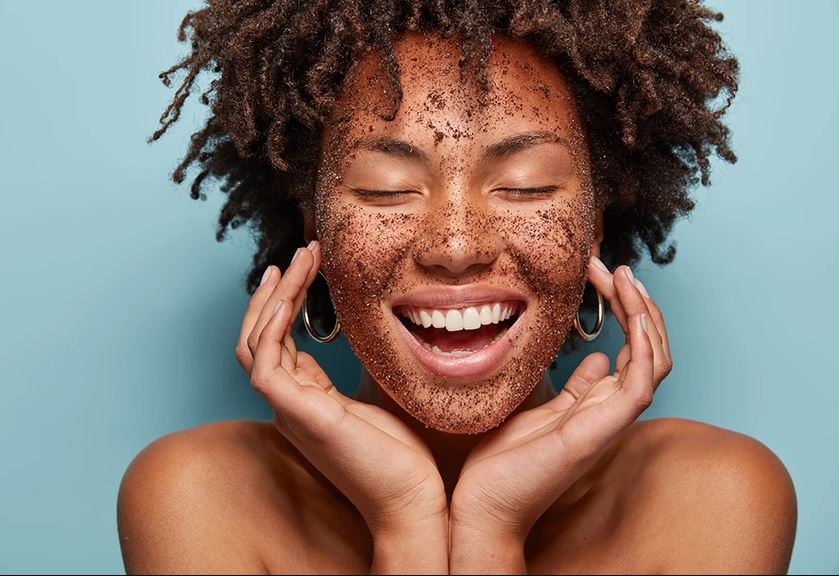 Apart from giving you a much-needed boost of energy – caffeine consumption can reduce the chances of skin cancer. Speculations about the link between Caffeine and skin cancer, particularly basal cell carcinoma, have been around for a while. Researchers have also shown positive effects of Caffeine on skin cancer.

In July 2012, a study published in Cancer Research proved that people with high caffeine consumption have a lower risk of basal cell carcinoma (a type of skin cancer), compared to those with lower caffeine intake.

Keeping all this in mind, applying Caffeine directly to your skin makes so much more sense. Rubbing Caffeine directly onto your skin will protect you from UV rays and stop the cancerous cell from spreading in the first place. According to experts, Caffeine works as a sunscreen as well as working at a molecular level by preventing proteins needed by skin tumors.

Most skincare brands are promoting caffeine products keeping in mind the multi-fold benefits it has to offer.

There is nothing like a strong cup of coffee to cure that dreadful headache, right? Caffeine is a widely known drug that helps with a headache, but did you know that Caffeine is a potent pain killer. Caffeine acts as an analgesic by directly working on inflamed muscle tissues by reducing inflammation and thus providing pain relief.

Although Caffeine can act as a pain killer on its own, it is often used as a magnifier to another pain killer such as ibuprofen or aspirin. Many over the counter pain killers such as Excedrin Extra Strength includes Caffeine as an active ingredient.

Caffeine is a favored pain killer among many people for menstrual cramps and headaches, but it is also being used to treat acute pain in adults. 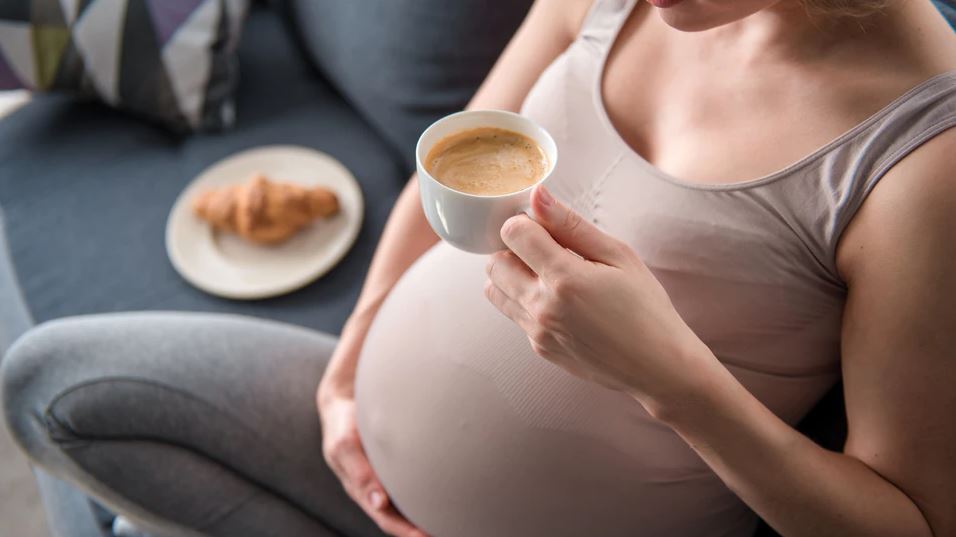 The debate about whether or not pregnant women should consume Caffeine has been going on since forever. Some people think that Caffeine can negatively affect the health of a fetus resulting in miscarriage or any other abnormalities. Coffee is a popular beverage among women, so giving up on Caffeine can be quite stressful for a pregnant mother, especially since being pregnant means you need to have that extra boost of energy to get through the day.

Lucky for caffeine loving mums, studies have suggested that Caffeine is not harmful for mother or child if taken moderately. No link has been found between caffeine and birth disorders or conceiving a child.

But as we all know ‘everything in moderation is good,” so it is recommended for pregnant or lactating mothers to limit their coffee intake to 300 mg per day (3-4 cups of instant coffee).

I often hear people saying, “I need coffee to function.” While I always enjoy a hot cup of coffee, I have never been that much dependent on it,  so it got me curious “does caffeine make you more productive?”

Now according to the caffeine experts, it certainly boosts up the output but not necessarily the quality of your work. And that too depends on the type of work you are doing. For a simple, straightforward task that is not too demanding to involve intricate thinking processes, Caffeine evidently improves the quantity and work output. Moreover, it is also noted that Caffeine helps to retain the acquired information.

Check out this awesome video on how Caffeine makes you more productive and increases brain activity.

With that being said, researchers are still not absolutely sure about how Caffeine affects your work quality. But even if it does (according to the studies), the effects are quantitative and not qualitative.

8. Starbucks Coffee is More Caffeinated Than The Energy Drinks 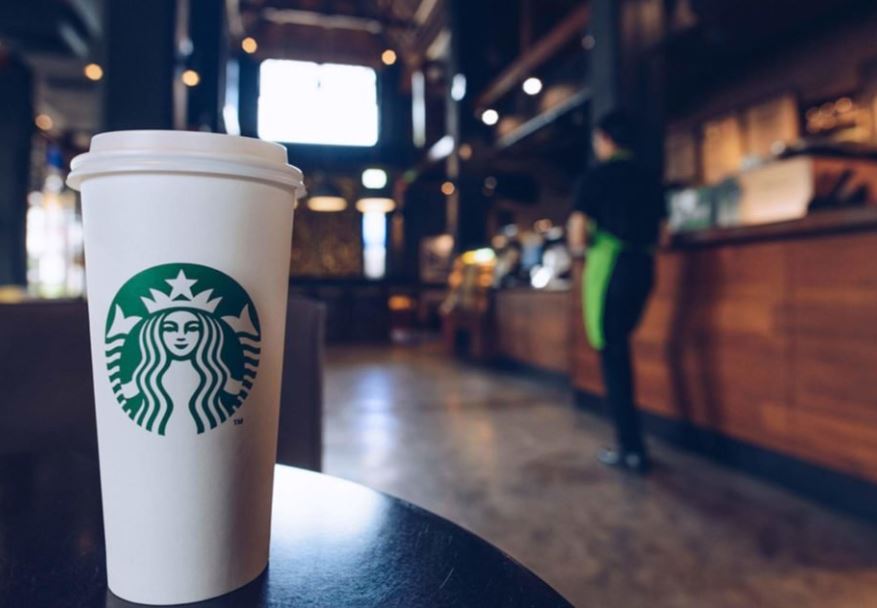 I often see people preferring energy drinks over a regular cup of coffee if they need to bundle up on Caffeine. The general misconception is that energy drinks are more caffeinated than your good old cup of coffee. Don’t let yourself get fooled.

While it is true that energy drinks pack more amount of Caffeine than teas or sodas or chocolate, maybe, but it can’t beat Starbuck’s coffee. Even the extra-tall 16-ounce red bull and monster include 160 mg of Caffeine while a Starbucks’s Grande American (16 oz.) contains 225 mg of Caffeine.

So the debate between coffee VS energy drink continues to rage. There are many factors that coffee is preferred and acclaimed more compared to the energy drinks.

Firstly, it is a natural beverage that has been around for centuries and has tons of research available to back up the many health benefits of it.

Secondly, energy drinks are loaded with sugar and other ingredients that can be harmful to your health. But we cannot deny the fact that energy drinks are infused with specific vitamins, amino acids with a combination of Caffeine that delivers the much-needed punch.

9. Caffeine Is Good For Health

So it is a known Caffeine fact that Caffeine is a great help in promoting alertness, concentration, energy level and gets rid of fatigue and headaches. But here is one of some interesting Caffeine facts for you!

The research revealed that Caffeine might help with Parkinson’s disease, colorectal disease. Type2 diabetes, dementia, and liver diseases.  More and more health benefits of Caffeine are being brought to light thanks to the extensive research, but we need to keep in mind that these findings are not absolute and still need to be proven.

Also, with health benefits, we cannot ignore the potential risks that are associated with too much caffeine usage.