Caffeine anhydrous is a popular chemical substance that is taken as a diet supplement. People use it to boost their daily activities and strength. Many like to use it while doing resistance training while others use it before heavy athletic activities. Caffeine anhydrous has several effects that can be good or bad according to your own experiences or past medical history.

If you’re confused about the substance, then you have come to the right place. In this article, we’ll explain all you need to know about caffeine anhydrous.

What is Caffeine Anhydrous? 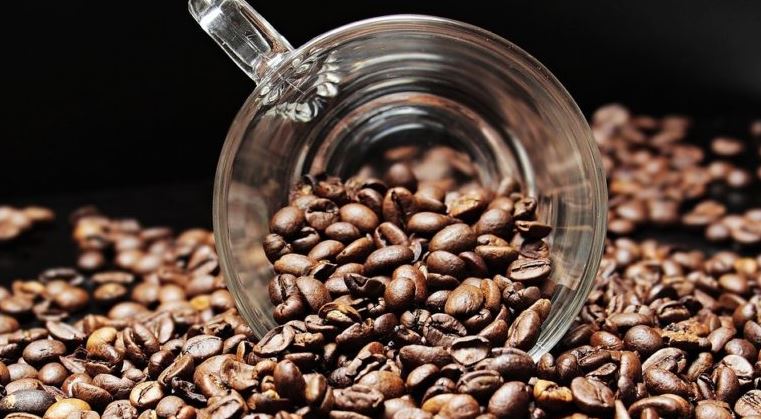 Caffeine Anhydrous is a popular kind of caffeine that has recently went mainstream. You will find it in everything from caffeine gums to weight loss supplements.

Caffeine is naturally derived from plants such as coffee beans, tea and cocoa plants (primary source of chocolate).

What Does Caffeine Anhydrous Do For The Body?

People consume Caffeine Anhydrous in order to gain some sort of underlying benefit. Whether it is with weight loss workout or training. There are three things it can primarily do to the body.

Caffeine anhydrous can effectively reduce fatigue and feelings of tiredness and laziness. People who have a hectic work routine or need to be up and running most of the time, have utilized caffeine anhydrous.

Some people have found taking it in controlled amount has increased their ability to stay active and alert throughout the day. Those who suffer from chronic fatigue, have even been prescribed caffeine anhydrous by a medical professional.

Some people have found the substance not only alleviates pain but also have increased their ability to stay active during work.

The chemical composition of caffeine anhydrous has allowed people to perform well in physical activities. Studies have shown that people who have used caffeine anhydrous in their diets have performed much better during athletic and sports activities as compared to those who haven’t used it.

However, many boards and committees have banned its use due to its negative effects and many other complications. If you are going to apply for a competition, it is better to check with the board, which kinds of caffeine anhydrous intakes are allowed and which are not.

How is Caffeine Anhydrous Different From Caffeine Powder?

Caffeine anhydrous and caffeine powder are both essentially derived from the same kind of plant. So, in theory, they both are the same. However, there is a stark difference between the two kinds of caffeine.

The chemical components present in the anhydrous caffeine are retracted. This is not the case with caffeine powder, in which a small amount of water is present.

How does Caffeine Anhydrous Work? 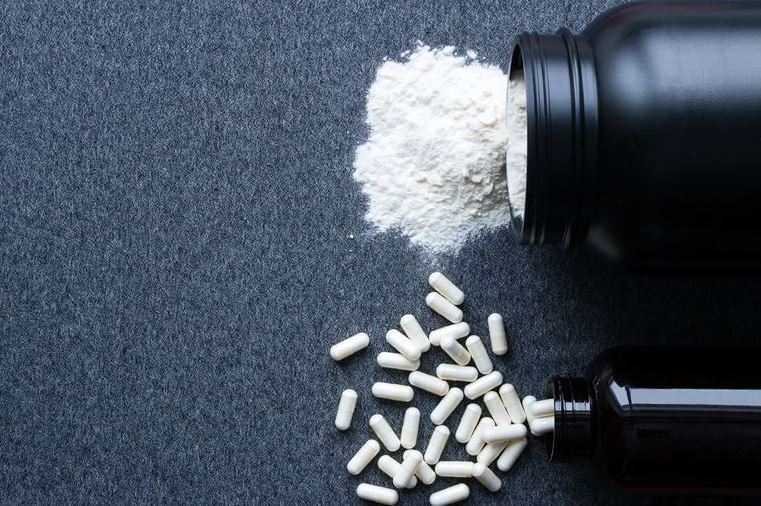 We would recommend you to consult a practicing nutritionist or a dietitian who will help you figure out how many caffeine anhydrous quantity you can intake. Or if you want to use it for medical reasons, we would suggest you consult a trusted doctor first before you take in yourself.

It is important that you take the proper expert advice for it. You should not self-medicate or gave yourself doses without asking an expert.

Many foods and health regulatory authorities such as FDA and the European Safety Authority recommend that individuals should not consume more than 400 mg of ingested caffeine in a day.

You may think that may be taking more caffeine anhydrous might be better for you as it can help you get more exercise. But this is far from truth. You must take in the controlled doses, which are prescribed by a physician or a dietitian.

Does Caffeine Dehydrate You?

It is a common assumption that caffeine consumption can cause dehydration. This idea originated from a special study of experts in this field. This study noted that people who have consumed a lot of caffeinated beverages urinated more than people who did not. Since caffeine is a diuretic, it does tend to absorb that water content in the body and force it out through sweat and urination.

However,this doesn’t mean that caffeine can dehydrate you. Lawrence Armstrong and a group of other scientists conducted a study with 50 or so individuals to study how caffeine affects them in a negative way. They concluded later on that caffeine did not cause any harmful long-term effects on the body. All the people involved in the study did not suffer dehydration as a result of consuming more and more caffeine.

What are the different types of Caffeine?

Caffeine Citrate is form of medication. You can use it under the prescription of a doctor for short-term treatment of apnea.

Even though it is beneficial for treating serious problems, it has some side effects. Mostly, it affects the digestive system intensively and causes other problems such as vision changes, bloating and even body stools.

The Caffeine Pterostilbene is a complex and naturally occurring antioxidant substance that is available in certain plants. Plants produce caffeine pterostilbene to protect themselves from all kinds of viruses and viral infections.

The caffeine pterostilbene delivers more caffeine to the blood as compared to other kinds of caffeine. It is easily found in many bodybuilding supplements.

The caffeine anhydrous is an activity booster. It can provide individuals with surplus energy to perform demanding activities because it contains several components that stimulate the parts of the brain.

Naturally, we do advise you to seek natural ways of improving exercise performance. However, if you want to consume controlled amounts of caffeine anhydrous to improve your game, you need to consult a nutritionist.

Keep in mind that many boards and committees do not permit its use. So, if you’re training for a competition, make sure that it is allowed.

It is advised by the FDA to avoid taking powdered caffeine. This is in retrospect of two deaths that occurred due to the use of powdered caffeine. Caffeine anhydrous in itself isn’t all too dangerous. In fact, a healthy adult can safely consume up to 400 mg of caffeine per day but not without a doctor’s permission.

This would be the equivalent of about four cups of coffee. The problem is that most people can’t measure out the right dosage of caffeine.

We can’t stress this enough. Reliability is key when it comes to health. Many manufacturers may claim to provide caffeine within daily limit. However, measuring the right amount of caffeine is nearly impossible. Most manufacturers evaluate their powders at an approximation.

A good reputation means that the company has been tried and tested by millions of users. Also, some manufacturers come with certifications and awards that make them more authentic.

Last but not least, it is important to always check with your doctor. Powdered caffeine isn’t something everyone should try. It is not a substitute for regular caffeine. So, you shouldn’t consume it without a cautionary trip to the doctor.

Caffeine anhydrous can be dangerous if overdosed. Always speak with your physician regarding the type of caffeine and amount you should take.

The main concern with anhydrous caffeine is the withdrawal symptoms. Normally, no one shouldn’t even be consuming this much caffeine. A lot of people will opt for it as a substitute for their morning cup. But that doesn’t mean there aren’t any side effects.

Over-dosage of caffeine can lead to heavy headaches, insomnia, agitation, and nausea. Moreover, both your stomach and your liver become upset. This can also cause diarrhea, vomiting and vertigo.

A caffeine addiction, once adopted, can be hard to get rid of. Withdrawal symptoms can occur even with regular caffeine consumption. Powdered caffeine generally contains more caffeine than a regular cup of coffee. Not consuming caffeine for 16 hours may induce withdrawal effects.

These may include headaches, nausea, and extreme conditions, vomiting, anxiety, and depression. Shaking hands and tremors are common, as are stress and constant worrying.

Long term use of caffeine can lead to multiple health conditions, even if you stay within the daily limit. The most common side effect is urinating more. Caffeine is a diuretic, which can lead to dehydration if your body doesn’t contain enough water.

Other maladies include anxiety, agitation, nervousness, and depression. While these may also be linked to other events in your life, caffeine may have some intervention. Furthermore, caffeine can cause the human body to lose calcium. Moreover, caffeine can often increase your cholesterol levels. You can use a paper filter to reduce the cholesterol in your coffee.

Powdered caffeine should be avoided by pregnant women and women who are breastfeeding. This can not only harm the baby but also affect the mother in the long run. Furthermore, if you’re on certain medications then you should not use powdered caffeine. These include quinolone antibiotics, Uniphyl, and heart regulation drugs.

If you already have a generalized anxiety disorder or panic disorder, then avoid caffeine. This substance will only worsen your condition and impact your mental health.

What are the Pros and Cons of Caffeine Anhydrous?

Caffeine anhydrous is approved by several health authorities around the world. They are approved to be taken with adequate doses only under doctor’s advice. While it is considered safe to use, one should take care of the side effects and consult a doctor before taking any caffeine anhydrous.

There are also several side effects and precautions which you must consider before taking the substance. You must consider them because they can potentially be life-threatening and cause severe problems later on.

All in all, caffeine anhydrous has many medical benefits such as alleviating pain. There are many ways you can consume it but you must properly take into account the several side effects. Let your doctors decide whether your benefit will be worth the risk or not.

9 Caffeine Facts You Must Know If You Are A Caffeine Buff!

Caffeine and Anxiety: The Struggle is Real

Caffeine and Anxiety: The Struggle is Real